After many tears and honest conversations, Randy and I have made the difficult and emotional decision to close both The Foxes Boxes and the TFB Externship Academy . Our final day will be October 30, 2020.

We will offer ONLINE ORDERING for PICK-UP ONLY. We will not be answering our phones during business hours or taking any payments at the door. All orders must be paid in advance through this online ordering menu.

While we make this transition there may be days with limited menu items. We appreciate your understanding.

We have been changed by this space and the people it has brought into our lives. We will feel such a void when we lock the doors for the last time. Thank you ALL for the love and the memories. You will be missed!

Who are the Foxes 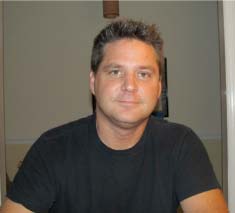 Randolph “Randy” finally decided to listen to his wife, (which doesn’t happen often) on leap day 2016 and plan his exit from the world of corporate restaurants into something a little more personal. There has never been regret in working for companies like Darden and Clancys. In fact, Randy feels a great amount of gratitude for the 25+ years of experience he gained and the opportunities provided. Over the last two decades he has attended the Culinary Institute of Tuscany in Italy, taken courses at The Disney Institute, completed “Embracing Leadership Excellence” at Rollins College, and more importantly mentored and developed numerous hourly employees for management positions that have afforded them a better life. Managing restaurants was never the plan when Randy graduated high school and began taking classes at IUPUI, but fast forward three years later and he was already a kitchen manager! When his wife graduated from nursing school, they both were on career paths, ready to get married, and financially able to begin a family. This is where the real adventure begins and is actually when the concept for The Foxes Boxes was born. 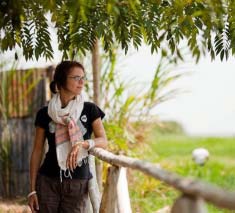 Rachel is a master “multi-tasker”, has BIG ideas, loves to get things done, and is pretty persuasive. These sound like great traits, but often get Rachel in way over her head, which happened on leap day 2016 when she persuaded Randy that they should put their ideas for The Foxes Boxes into full gear. Sure, she still had a semester left of graduate school and they were parenting three teenagers, but it just felt like the “right” time in her gut. This is how Rachel thinks, and this is how she ends up in places like Kenya with The ONE Campaign and ABC World News, or involved with nonprofits that are making the world a better place to live. Rachel loves to foster connections—she sees opportunities for the public, private, and nonprofit sectors to work together and make an even greater impact in our communities and our world. This is why she pursued a Master’s in Public Administration and built a business model utilizing the skills she has learned along the way to do just that—bring people together! All of this being said, if you asked Rachel what the best part of her life is, she would instantly begin talking about her family. Thanks to Randy’s success in the restaurant industry, Rachel could stay home with their three kids for 14 years!! Of course, she still had many irons in the pot: she worked from home as a telephone triage nurse and planned Disney vacations through a local travel agency, so they could take discounted trips while the kids were young. It’s safe to say, Rachel keeps life interesting. 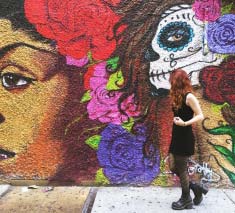 Isabel will not be seen much “in-person” at the restaurant but have no doubt she contributes in many ways behind the scenes. After graduating from Isaac Bear Early College High School in 2015, Isabel followed her passion and moved to New York City to attend Hunter College as a Muse Scholar. Isabel was born for the city—she is driven, focused, and fearless. In just her first few years she did more than what some do in a lifetime. She served on the College Board at the MET, volunteered for the American Theater Wing, interned at TACT (The Actors Company Theater) and Storyville Entertainment, plus was a production assistant for shows at Columbia University, President of the Theater Club at Hunter College, a seat filler at the 2016 Tony Awards, and the list could definitely go on. Isabel graduated in May 2020 in the middle of Covid-19 with a double major in Theater and English with a focus in Media Production. She gets her ambition from her mom and her sense of humor from her dad. 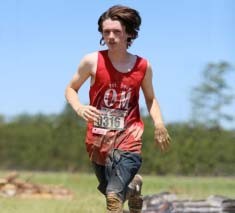 If you want to talk cars, music, piercings, or gaming, Jackson is your guy. Jackson has BIG plans and his quiet determination is intense. For those who get to know Jackson they quickly learn that he is wise beyond his years and a born leader. After graduating from Isaac Bear Early College High School, Jackson transitioned directly into the Automotive Program at CFCC. After receiving a certificate in Automotive Technology, he dove into the Film and Video Production Program. Jackson fell in love with the west coast after he and his dad did the ultimate I-40 cross-country drive. They started here in Wilmington and ended in Pomona for the opening day of Warped Tour 2015. After a visit to Seattle he knew that was a place he could see himself landing. Even though Jackson did not grow up in Indiana, the Midwest work ethic is in him. When there are things to be done, Jackson always jumps in to lend a hand……whether cleaning, prepping, or running errands for The Foxes Boxes, Jackson is our go-to person! 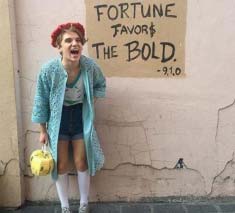 Henry is like the menu for The Foxes Boxes—indescribable and unpredictable! Henry is the kind of person that just needs to be
experienced. The creative talent he possesses leaves all around him in awe. Henry can dance, act, sing, paint, write, sew, design, and make everyone around him smile, but what is truly unique about Henry is the way he connects with people. Henry makes you feel good about yourself. Henry is an old soul, which probably explains his passion for vintage clothes. After graduating in 2019 from Wilmington Early College High School with an Associate’s in Arts, Henry said goodbye to his first job at Second Skin Vintage in the Castle Street Antique District, and moved to New York City to live life to the fullest! Working in the East Village and saying “yes” to any adventure that knocks at the door…..Henry is embracing every experience!